Note: this article is a repost from the author's personal website with minor edits and additions

Earth's mantle contains plumes, or columns of buoyant rock, that rise from deep within to produce volcanism at its surface. That is not a controversial statement among most Earth scientists. But, in keeping with scientific tradition, the idea has always had its skeptics. Geologist Gillian Foulger is one of them, and she recently discussed her opposition to the existence of mantle plumes with Oliver Strimpel on his podcast, Geology bites.

Although I found Gillian impressive, ever the skeptic, I take mantle plumes to be the best explanation we have for some intraplate volcanism across the globe. In this post, I've tried to address her arguments directly rather than provide the best possible evidence and arguments for the existence of mantle plumes.

Some of the disagreement is due to the fact that Gillian focuses on an earlier conception of plumes that has since been superseded. For instance, in Morgan’s original paper he suggested that plumes are fixed but later work showed that this need not be the case since the core-mantle boundary (CMB) is not a zero-slip surface. Instead, plumes are able to move, just at a much slower rate than plates due to the high viscosity of the lower mantle. Another is that the volcanic chain associated with a plume must emerge from large igneous provinces (LIP). But Farnetani and Samuel (2005) showed that thermochemical plumes often do not have large heads that melt to form LIPs in the first place. Aside from this, she focuses on aspects of Hawaii, rather than taking a more global perspective which would lend many more observations for an assessment of the plume hypothesis. Here is my response to the rest of her argument.

Gillian says the plume hypothesis makes 5 testable predictions (which she says is based on an email exchange with Ian Campbell 20 years ago):

Her argument is that the plume hypothesis fails all but one of the above criteria, but I don't think this is the case. I address each point below:

(1) & (2) Gillian dismisses evidence of the first two, uplift and LIP formation, by saying that early Hawaiian volcanism has long been subducted into the mantle, taking any potential evidence of either along with it. I agree, which is why it is odd to focus on Hawaii rather than the many other locations where the evidence for LIP-volcanic track pairs remains intact. See, for example, Deccan and Reunion, North Atlantic and Iceland, Parana and Tristan da Cunha, and Karoo and Marion. See also the point in my opening paragraph regarding the work of Farnetani and Samuel (2005). Note also that there is an indication the Hawaiian plume head was accreted to the forearc of Kamchatka (Portnyaginet et al. 2008).

(3) On evidence for plume tails extending to the CMB, Gillian states that different models result in different conclusions drawn about precisely where the tails are and that therefore there is no “repeatability.” First, many seismic studies do not image plume tails because they lack the resolution required, this was rigorously quantified by Maguire et al. (2018). But some studies do. For example, French and Romanowicz (2015) detected 11 plume tails extending to the CMB using a technique that retains more information from the seismic signal than previous techniques. As for repeatability, that concept applies to making the same measurement under the same experimental conditions. But different models contain different data, make different assumptions, and use different model parameters. Holding these constant, analogous to an experimental setting, you find repeatability.

(4) Gillian says that around 45 million years ago, while the Pacific plate continued to move, volcanism stopped and so too did the age progression of the eruptions. I agree, but come to a different conclusion: volcanism generated by plumes is intermittent, not constant in space and time. Most things in nature are like this. For something to be unchanged there is usually an additional force at work maintaining it. More importantly, when volcanism is actually occurring, it is age progressive, though there will be minor discrepancies as the magmatic plumbing system that transmits melt from mantle to surface is not a well oiled machine.

(5) Gillian agrees the lavas are hot, but that’s only 1 mark out of 5 by her scoring.

So each of the criteria has been tested and met. Yet I doubt these points will convince because Gillian has an additional, philosophical objection to accepting the plume hypothesis as true: that it is superfluous, an ad-hoc addition to an existing theory - plate theory - that already explains the observations as well as, if not better than, mantle plumes. From this perspective, intraplate volcanism is just one more implication of Earth’s tectonically mobile surface.

But this argument contains a misconception. For mantle plumes are also the manifestation of a more general theory, that of mantle convection. It asserts that on geological time-scales the mantle behaves like a viscous fluid that transfers heat through its interior by convection. Accepting this, along with our best estimates of Earth’s physical properties and pressure-temperature conditions, plumes are predicted to arise from a thermal boundary layer at the base of the mantle.

Thus, an account of mantle plumes does not require bolting one theory onto another any more than describing falling objects on the Earth requires a theory of terrestrial-gravity apart from the general theory of relativity; they are merely specific consequences that can be deduced from deeper, more general explanations.

To be sure, we could be wrong about Earth’s physical properties and the conditions it is under. In principle, they need not be conducive to plume formation. If that were the case, we would also need to rethink our account of other fundamental constraints on our planet’s interior, such as plate motions and surface heat flow, for those too demand a vigorously convecting mantle conducive to plume formation. But that is a very different kind of argument to the one proposed. It is one about what we can measure and to what accuracy, as opposed to which theoretical redundancies should be cut by Occam's razor.

Some final questions for Gillian: Where we see clear signs of rifting, spreading ridges form, not near-point sources of heat. Why? And those ridges must be accommodated for along subduction zones. How do you get rifting at multiple intraplate locations without forming compressional counter-parts between them (which form mountain belts on continents)? Finally, how does the plate model explain the high heat flux and topographic swelling around hotspots, the latter of which is typically used to calculate the buoyancy flux of mantle plumes? 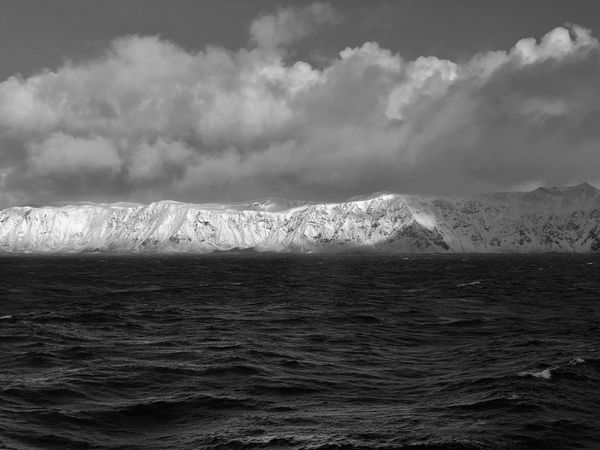 Staff from the Australian Antarctic Division are now installing seismometers on the Macquarie island as part of the "Macquarie Ridge in the 3D" project. 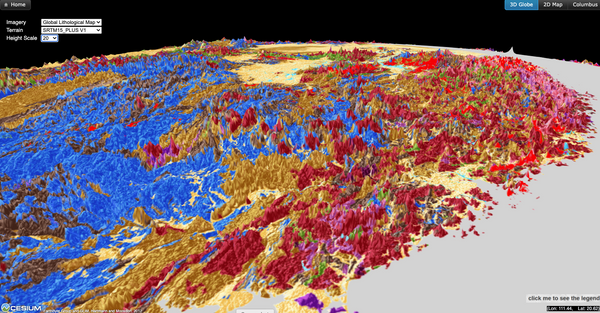 In Eastern Asia, Jurassic and Cretaceous intraplate volcanism and magmatism differ in their spatial distribution and composition. A combination of plate kinematic and geodynamic models provides clues for their causes.