Australia’s neighbour Timor-Leste has been hit by a cascading disaster, involving a tropical cyclone, flooding, landsliding, and human health hazards including COVID-19. This article focuses on providing the geological and engineering context for this disaster, with a specific focus on flooding impacts.

The context for landslide and flood hazards in Timor-Leste

The flooding crisis in Timor-Leste needs to be viewed in the context of Timor-Leste’s fabulous and complex geological history (including its recent ascension from the depths of the ocean to become the contemporary mountainous landscape), which creates an environment at great risk from floods and landslide hazards.

Modern Timor-Leste is a narrow mountainous landmass, with a maximum width of only 75 km but a maximum elevation of 2936 m. The mean elevation is about 470 m (c.f. New Zealand = 388 m), and the median elevation is 386 m. Pollen records tell us that the pronounced contemporary orographic rainfall pattern, with the SE trades usually bringing higher precipitation to the south of the divide and generally drier conditions to the north, including Dili (Figure 2), has persisted for more than 2 million years.

Mitigating risks to life and infrastructure in a land like this is challenging. In Timor-Leste, most settlements are built either on low-lying, young sediments or on steep mountainous topography (Figure 3). Of the approximately 3000 settlements, 1620 (56%) are located at elevations greater than the median elevation, and on average slopes of 20%. A further 10% of settlements, located mainly in coastal Oecusse and Suai, but including many parts of Dili, lie at elevations below 20 m asl. This relationship between population distribution and topography conspires with geology to exercise a major control over the nature and distribution of flood and landslide hazards in Timor-Leste.

Since 2010, the University of Melbourne Timor-Leste geoscience research team has mapped over 2000 existing landslides, with an aggregate area of 345 km2, in Timor-Leste using air photos.  In the steeper parts of Timor-Leste, weak rocks including weak schists, shales and melange are highly susceptible to catastrophic landslides (Figure 4). Several landslides approach or exceed 1 km2 in map extent and the majority are found in areas of high rainfall and topography down the centre of the island (Figure 2). Many of the others are in shaly rocks that are weak and unable to support high topography. Nearby islands like Savu and Sumba, with similar ages and rock uplift rates, provide further examples of the important influence of rock type on landscape topography and hazards.

Although our inventory of Timor-Leste landslides is almost certainly incomplete and there has been little formal study of these landslides, preliminary studies by Timorese scientists show that many of them occur during or immediately after sustained heavy rainfall events.

The photos in Figure 5 were taken during the 2010 La Nina event, which resulted in heavy rain throughout the island’s usual June-August dry season. The damage caused by landsliding resulting from intense rainfall included multiple road failures and a fatal, >1 km long landslide at Quelicai in the Baucau district, where a recently rice-paddied slope had failed, destroying much of a village (Figure 5). On the basis of our 2010 observations, we infer that the rural landslide fatality toll during this 2021 flooding event could be much higher than is presently known, particularly in mountainous central Timor-Leste.

Timor’s narrow landmass and high topography means that rivers are steep and prone to flash flooding. Again, this was a common observation while travelling in Timor during a La Nina year in 2010. These flashy, often short rivers link high rainfall and topography to lower elevation alluvial parts of the landscape like Dili.

Flooding of low-lying areas is a frequent and widespread hazard in Timor-Leste. The island nation is situated in a region subjected to heavy monsoonal rains and the steep topography, widespread deforestation, land degradation, and rapid urbanization, including of steep slopes around Dili, conspire to amplify flash flood and riverine flood hazards.

Dili is a sinking city close to sea-level that is built upon young coastal sediments, much of which is sourced from short, steep, increasingly urbanised and deforested catchments. Groundwater extraction from below the city causes surface subsidence that amplifies coastal and flood hazards but is an essential resource for the city’s population. Floodwaters are likely to result in further contamination of the problematic, unconfined aquifer that provides much of Dili's drinking water.

This aquifer exists because Dili is built on overlapping late Holocene and active alluvial fans (Figure 6). These fans divert overflowing flood waters draining out of steep flashy catchments towards central Dili, where the Kaikoli plain consists of fine sediments that have accumulated in an inter-fan low area (Figure 6). Water does not easily penetrate these fine-grained sediments and the shallow water table, which is susceptible to coastal influence, means that floodwaters do not easily disperse.

These low-elevation plains are densely populated with housing, commerce, government and critical infrastructure. Some traditional housing methods (Figure 8) are suitable for flood prone areas, with elevated platforms, but modern concrete block homes and larger commercial buildings block the flood plain. This creates large local increases in stream power and erosivity and reduces the ability of floodwaters to dissipate.

Dili floods regularly but some of the most recent severe flood events have occurred during the 2010-2011 and 2020-2021 La Niña weather patterns. As of 8 April 2021, at least 42 fatalities are reported from the 4 April event in Timor-Leste and more than 138 fatalities in Indonesia. More than 10,000 people are displaced in Dili with severely restricted access to food and clean water. Roads and bridges have collapsed. The severity of landslides and flooding (Figure 6 and Figure 7) is compromising rescue efforts.

Studies after the 2020 flood by geologists from Timor-Leste’s geological survey (IPG) pointed to several key factors that contributed to the severity of the 2020 flood. Initial observations by Timorese scientists suggest that these factors likely play a similarly important role in the present 2021 crisis.

1) High intensity rainfall – the 2020 event recorded a maximum of 252 mm of rain during 193 minutes or 1.3 mm/min. During the 2021 event, rain gauge data from close to the eastern end of Dili airport (Figure 6) recorded very high intensities of 341 mm in a single day on 4 April, of which 19 mm fell in 10 minutes (almost 2 mm/minute), 71 mm fell in 1 hour and most of the rain fell in 10 hours (Figure 1). This high intensity rainfall swelled rivers, which exceeded their bankful discharge, even as the rivers emerged from the rangefront (Figure 6B). This flooded the extensive low-lying parts of Dili city and its surrounds.

2) Active aggradation of gravel and wood in the rivers during the flood event reduced their cross-sectional area. Many drainage channels were also blocked by garbage because of underdeveloped municipal sanitation infrastructure.

4) Hard landscaping, such as increasing coverage of soil by concrete and tar seal, reduces the ability of floodwaters to infiltrate into the soil.

In summary, urban infrastructure and geological conditions contributed significantly to the extensive and locally severe flooding. The concurrence of this flood event with increasing COVID-19 infection rates is an important consideration that we are investigating in related work. The coincidence of these events emphasizes the importance of a key observation in Timor Leste’s recent national hazard assessment and mapping program, which found that natural hazards including landslides, floods, coastal hazards, earthquakes, and tsunamis amalgamate to form a complex hazard-scape where compounding events are anticipated and should be planned for.

Based on their local experience and observations, IPG suggests that the following measures may be appropriate to reduce the incidence of flood-related hardship in Dili.

But first, the people of Timor-Leste require immediate assistance. One of our research partner organizations, With One Seed, has organized an emergency food relief fund for those affected, particularly farmers living in rural and remote areas. While people in rural and urban communities across Timor-Leste rely on and support each other to be resilient and adaptive, increasingly severe weather events mean they now face increased hardship. In the days to months ahead, food and water insecurity, property damage and the risks of water-borne and communicable disease make well-coordinated and inter-sectional rural and urban planning and support an urgent priority.

Meanwhile, local geoscientists have already begun to document important aspects of the flood, such as channel response, aggradation and erosion, to understand how one event affects the outcome of subsequent events. Their work, such as the flood and landslide susceptibility mapping shown below, together with support from international colleagues, will provide valuable input to evidence-based management of their flood and landslide hazards.

Flash floods, landslides, and rising rates of COVID-19 in Timor-Leste show how multiple hazards can interact with deadly consequences. 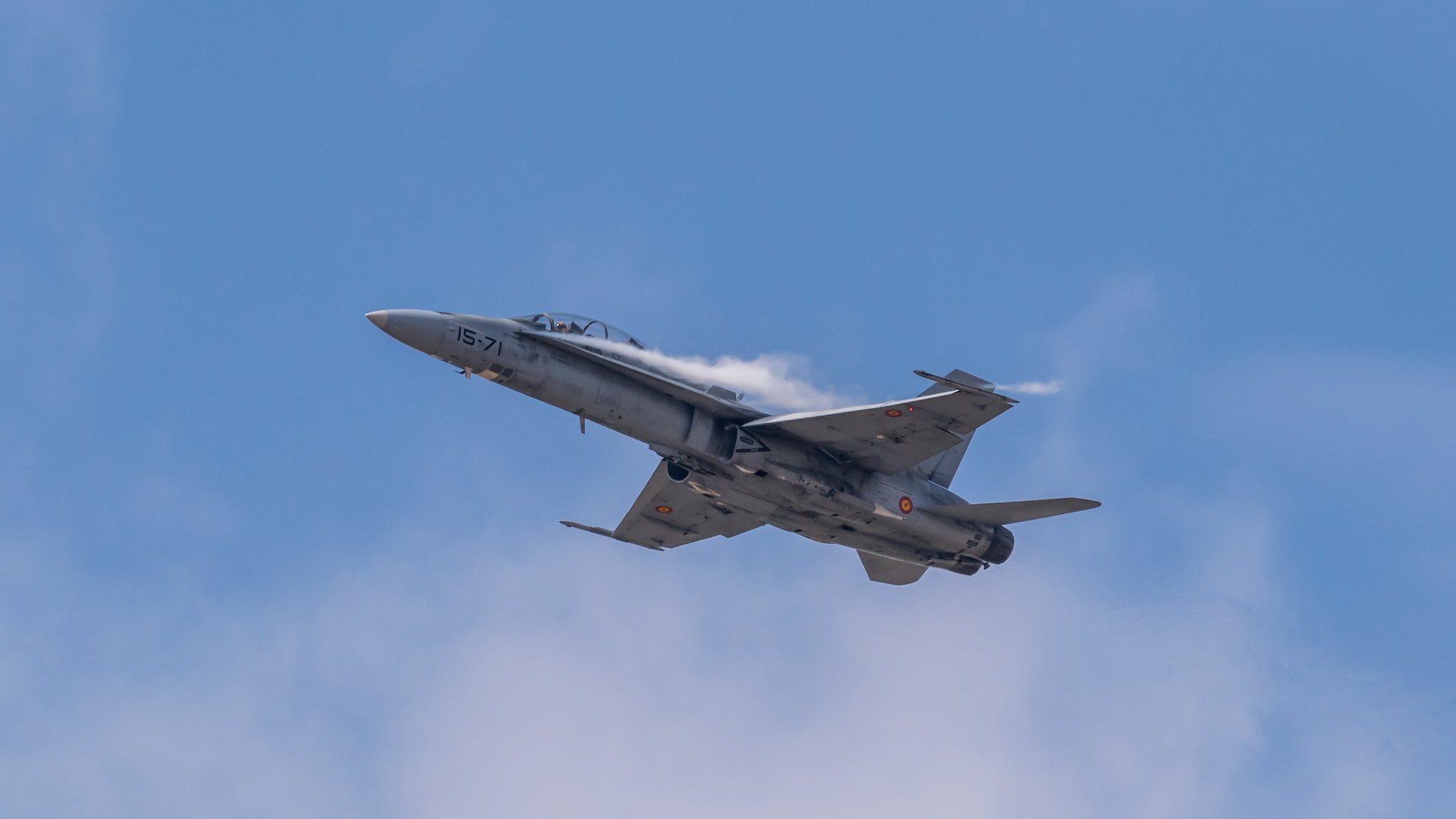