To test the new kit, researchers and students from the Australian National University headed to the long running ANU seismic station at Mt Stromlo in August 2020, to install 72 of the new instruments for a month of data collection. And next, the team will benchmark against data from the high-precision broadband seismometer that is running in the vault at the site.

AuScope’s nodal seismometers, which join the ANSIR collection, are small — the size of a paint can — and easily transportable. They are much less expensive than their passive seismic counterparts, provide much higher data resolution, and can be applied to a broader range of applications. They are transforming data acquisition and will end spatial aliasing, which is kind of like pixelation in an image and impacts data quality when it is not possible to sample with a high enough spatial resolution.

Importantly, this new technology will enable seismologists to be able to answer questions about Earth’s structure on a one to ten metre scale rather than greater than two to five kilometres from the most densely spaced passive seismic experiments in the past! These new data will no longer be limited to individual waveforms (one time-series recording at each seismometer) but will be able to utilise the entire wavefield recorded at the entire array of closely spaced instruments.

“AuScope nodal seismometers will begin to bridge the existing gap between seismic images of the Earth with the geological and geochemical samples of the Earth’s materials.”

The large number of instruments deployed simultaneously will enable researchers to migrate the data to produce true high-resolution image volumes of the 3D Earth structure, that include complex fault structure, changes in rock types and aquifer systems, and other physical properties of interest to the wider geoscience community.

In August 2020, the ANU deployed the 3-component seismic nodes at Mt. Stromlo in Canberra. Sixteen students and staff members at RSES spent an afternoon installing the new nodes near the long-running ANU Seismic Station. These 72 instruments will collect data for about a month and be benchmarked against the vault-grade instrumentation running at the Station. The data will include teleseismic (distant) earthquakes, ambient noise, and any local events such as earthquakes, explosions, or meteorites.

AuScope is excited to learn about the wealth of new research that these seismometers — that will soon be available for use by all Australian researchers via ANSIR — will enable in the next few years, and decade.

"We are very excited that we are able to begin to invest in some new technologies, like this Large-N Network, to begin to build AuScope’s Downward-Looking Telescope (DLT) and to provide new imaging and monitoring capability to the Australian seismology community". 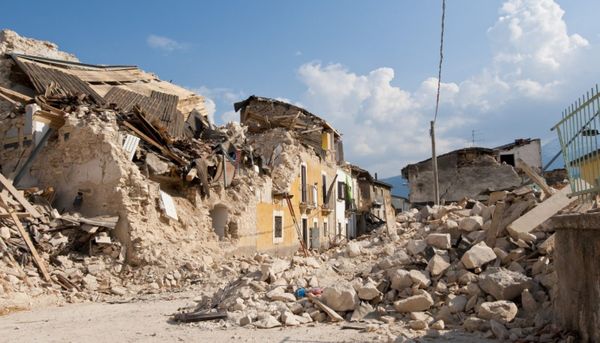 Though giant earthquakes are disastrous, they provide essential information to investigate earthquake physics. Thyagarajulu Gollapalli, a PhD student jointly from Monash University and the Indian Institute of Technology, Bombay, discusses our present understanding of such big earthquakes.

I am locked in a small hotel in Hobart turned into a quarantine, tempted to write a story named “Tasmanian quarantine”, but, honestly, I can’t.   I could lament how