The furious fifties have certainly lived up to the acclaim they received. We have had to change our plan of voyage multiple times, and have lost precious time due to heaving-to the vessel to a favorable position with respect to the wind and swell direction, and on the lee side of the Macca island. The swell has constantly been between 4-6 m, and the speed of wind between 50 and 80 km/h, with occasional gusts over 100 km/h. We spend most of the time during the night shift in the operations lab; the feeling is like being in an acoustic chamber in which the sound of the water mass – when a big one hits the ship – is not very different from an exploding bomb. Movements caused by the ocean are constant and violent, but most of us have developed “sea legs” and are able to cope with it. Well, most of the time.

Needless to say, the configuration of the spiral-arms and other parts of the Macquarie Ridge array had to be changed from its original version. This is because the ocean floor charts that we produced by swathing revealed extremely steep and hazardous terrain, like Mike Coffin, who once dived in Shinkai 6500 submarine on the flanks of the big island of Hawaii, warned me a while ago. If Macquarie Ridge was on land, it would be the most extreme mountain range on Earth, basically 6 km high and only 40 km wide – like a giant wall. Mike, who also spent more than 1000 days navigating all oceans of the world on his previous 35 voyages, told me that it is far steeper than any subaerial mountain range on Earth. Thus, it is probably the most challenging feature in the global ocean on which to deploy ocean bottom seismometers, which need to land onto a relatively flat domain.

Using a transparent paper sheet and the bathymetry map, I translated and rotated the logarithmic spiral-arms-shaped antenna of individual instruments towards the east side of the ridge, where the multibeam sonar and backscatter charts revealed more favorable sites for deployment. Based on this, we identified new locations with the minimum slope on the ocean floor maintaining the main spiral-arm shape. This outcome was to my great delight since some of the locations at first looked quite small target-areas of 1 km radius or less. Many of these small basins and terraces on the ocean floor exceed the depths of 5000 m. It presents a logistical challenge to drop an instrument from 5000 or more m above and calculate where it will land, given a strong Antarctic Circumpolar Current (ACC) that carries the sinking load laterally in unpredictable directions. We have so far observed a drift to all directions, which is not surprising given the presence of jets and eddies in the ACC, and the fact that the flow changes its direction when it hits the ridge. While I was writing this, one of our instruments has been on its way down for longer than 2 hours. We are waiting until it reaches the ocean floor so that we can triangulate its exact location.

From yesterday afternoon, we proceeded with a relatively quick phase of deployment from one site to another, following the least transit-time path along the spirals, and I am happy to report that we have deployed 6 new instruments since then. We are now hove-to again due to a high swell (huge waves), but hopefully, we will be able to complete more instrument deployments in the following few days. The ship-time is expensive and we keep our hopes high that we will be able to complete all the goals we set just in time.

Here is a photo from last night’s deployment in a freezingly cold subantarctic night. 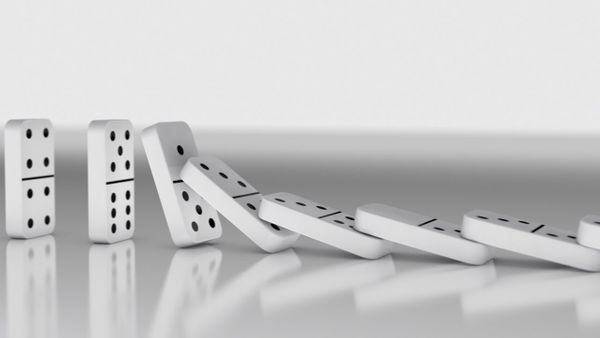 Kyle Manley, Tristan Salles Dietmar Müller Since roughly 1880 the Earth has warmed by 1 deg C, many times faster than any warming episode in the past 65 million years