I decided to simplify the title of our new paper (Muir & Tkalčić), significantly, for the purposes of presenting it to a general audience. It has just been published online in Geophysical Journal International (https://doi.org/10.1093/gji/ggaa397). The full title is a mouthful and it reads: “Probabilistic lowermost mantle P-wave tomography from hierarchical Hamiltonian Monte Carlo and model parametrisation cross-validation”

So, why on Earth do we care about processes deep beneath our feet, approximately half-way down to the Earth’s centre, at a boundary between the slowly-convecting silicate mantle and the vigorously-convecting iron-alloy outer core (Fig. A)? Well, first of all, because they are there, the Earth being an extraordinarily dynamic planet with the affairs ‘deep below’ that determine our fate at its surface. The core-mantle boundary is, indeed, the most dramatic boundary within the Earth, with contrasts in density and other parameters exceeding those that exist at the Earth’s surface.

The outer core is a place where the Earth’s geodynamo is being operated, and because of the magnetic field that it generates, life on Earth’s surface is protected from harmful cosmic radiation and is possible (B). But, the heat that is transferred from the core to the mantle (as the Earth cools) across this boundary, and the way it affects both dynamics of the mantle (e.g. the plate tectonics cycle) and of the inner core (e.g. the mode and the rate of its growth), is still not well understood. A part of the answer to these questions lies in the understanding of the internal structure of the lowermost mantle, just atop the core-mantle boundary, and this is where seismology becomes important.There are many ways of approaching seismic tomography ¬– imaging of the Earth’s interior in a similar way medical tomography works (C, D) – a lot of work has been done on it, and many papers have been published.

What Jack Muir and I have been doing differently, since the time Jack took my course - "Physics of the Earth", was to scrutinise conventional tomographic imaging, especially the problems that are naturally ill-posed, e.g., here, where spatial coverage of the lowermost mantle by seismic waves is sparse (A). To illustrate our problem, a parallel could be drawn with medical imaging: it would be as if medical physicists attempted to image the human brain by placing only a few sources and receivers on one side of the patient’s head, and radiologists then had to interpret those imprecise images. Indeed, we don’t have the luxury of having sources and receivers everywhere (see red and green dots in fig. A): therefore, we need to be innovative and industrious in our approaches.

Here, we approach imaging of the lowermost mantle through a rigorous treatment of uncertainty by using a relatively unexplored algorithm in geophysical inversion – the Hamiltonian Monte Carlo algorithm that Jack has been keen on using and perfecting since his Honours student days at RSES. Without going into further technical details, the above approach has proven to be highly efficient and we successfully applied it to the dataset of travel times of body waves sensitive to the lowermost mantle that I’ve been collecting since my graduate student days. Jack and I came up with a new tomogram of the lowermost mantle sound-wave speeds (E), accompanied by an uncertainty map (F). This tomogram confirms our previous results – the existence of substantial inhomogeneity in the lowermost mantle at multiple spatial scales – prominent medium and short-scale features superimposed on long-scale domains. This is another observational evidence that the lowermost mantle contains a large amount of the recycled material from the Earth’s lithosphere, which agrees well with the shorter-wavelength structures found in thermally-driven geodynamical models.

I am locked in a small hotel in Hobart turned into a quarantine, tempted to write a story named “Tasmanian quarantine”, but, honestly, I can’t.   I could lament how 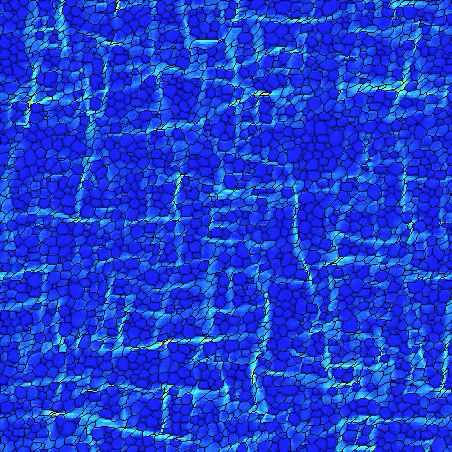