Mapping the variation of mantle seismic wave speeds with direction – giving rise to seismic anisotropy - is a powerful method to determine patterns of mantle flow. This work can also explain regions where seismic wave speeds are unusually high. We show below that the deduced flow field that existed beneath the world’s largest Large Igneous Provinces (LIP) are most easily explained in terms of a fossilised superplume head.

It is well known that the typical upper mantle P-wave velocity is close to 8 km/s. This is shown by a compilation of several hundred upper mantle Pn-speed determinations for the continents, which has an average value of 8.07 km/s with a standard deviation of 0.2 km/s (Christensen and Mooney, 1995). However,

these data have an asymmetric distribution with a thin, but significant, tail up to 8.9 km/s at the high end. It turns out that these high values are from the mantle beneath a Large Igneous Province (LIP) in Siberia (Cherepanova et al., 2013). What is the source of these usually high P-wave speeds found just beneath the Moho?

In this study (Stern et al., 2020), we document unusually high (8.7-9 km/s) upper mantle P-wave speeds (Pn -phase) from parts of another LIP in the Pacific Ocean, which are thought to make up the once contiguous Ontong-Java- Manihiki-Hikurangi (OJMH) plateau (Taylor, 2006) (Fig. 1). We show that the high speeds are unrelated to azimuthal direction of the survey lines along which the data were collected. In other words, azimuthal anisotropy is minimal.

But because we have all three seismic components, we observe a splitting of the S- wave into Sv and Sh phases where Vsv ~ 0.9Vsh. These P and S velocity data indicate strong radial anisotropy that closely mimics the AG fabric in olivine (Fig. 2). This fabric has been observed in samples of peridotite dredged up from the sea bed of the western Pacific Ocean (Michibayashi et al., 2016). The simplest explanation for the AG fabric is isotropic horizontal dilation with vertical flattening, for example, the flow in a pancake mix as it is poured into a pan.

A simple analogue experiment was devised on our desktop with silly putty purchased from a children’s toy store (fig. 3).

We mounded the putty up into a steep-sided mound then pressed a NZ 10 cent coin into the top in an off-axis position. As the putty flowed outward and collapsed under the influence of gravity we tracked the shape of the coin imprint. It preserved its perfect circular shape as it grew - our initial intuition was that the spherical imprint would be sheared into an ellipse shape.  Instead,  all axes in the plane parallel to the surface extended at equal rates, as found in the AG fabric. If this was the collapsing head of the plume we would anticipate olivine alignments, and hence high Pn wave speeds, to be generated in the mutually perpendicular directions that are in the plane of the plume head.

Silly putty possess a non-Newtonian rheology so we built computer models with Newtonian rheology and got similar results to show that an AG type fabric is predicted to occur in the top portion of a very large plume head in its last stage of gravitational collapse. In this final stage  upward flow in the plume tail ceases to provide input into the plume head. The fabric is then frozen into the head as it cools, and is then preserved over geological time in the mantle.

The existence of an AG fabric in the upper mantle does not necessarily prove a plume origin for the high wave speeds we observe. It could, for example, be formed in the head of Rayleigh-Taylor instability that has an upper mantle origin (Elkins-Tanton and Hager, 2000). However, the length-scale of what we are observing indicates a much larger feature. If we reconstruct the portions of the now dispersed Ontong-Java Plateau (OJP) (Fig. 4), the high Pn speeds are observed over a horizontal distance of a 1000 km or more. This would seem too large compared to the scale of upper-mantle Rayleigh-Taylor instabilities, such as those proposed beneath the Sierra Nevada of California (Jones et al., 2014) or in eastern Turkey (Göğüş et al., 2017). Another factor is that the only other known region where such high Pn speeds have been reported is the mantle beneath Siberia (Kobussen et al., 2006), in the region of a LIP called the Siberian traps. The OJP and the Siberian traps (Coffin and Eldholm, 1994) are also the two largest known LIPs. This is consistent with our view that only the largest plume heads will be capable of producing a pure AG fabric, because the plume flow field must be dominant enough to overcome any drag caused by motion of the overlying plate (Stern et al., 2020).

The two key messages from this work are: i/ our findings are consistent with plumes in our geological record back to at least 120 my, and ii/ we suggest that the curious,  high P- wave speeds from fragments of now-dispersed LIPs are the preserved fingerprints of the once mighty superplumes. 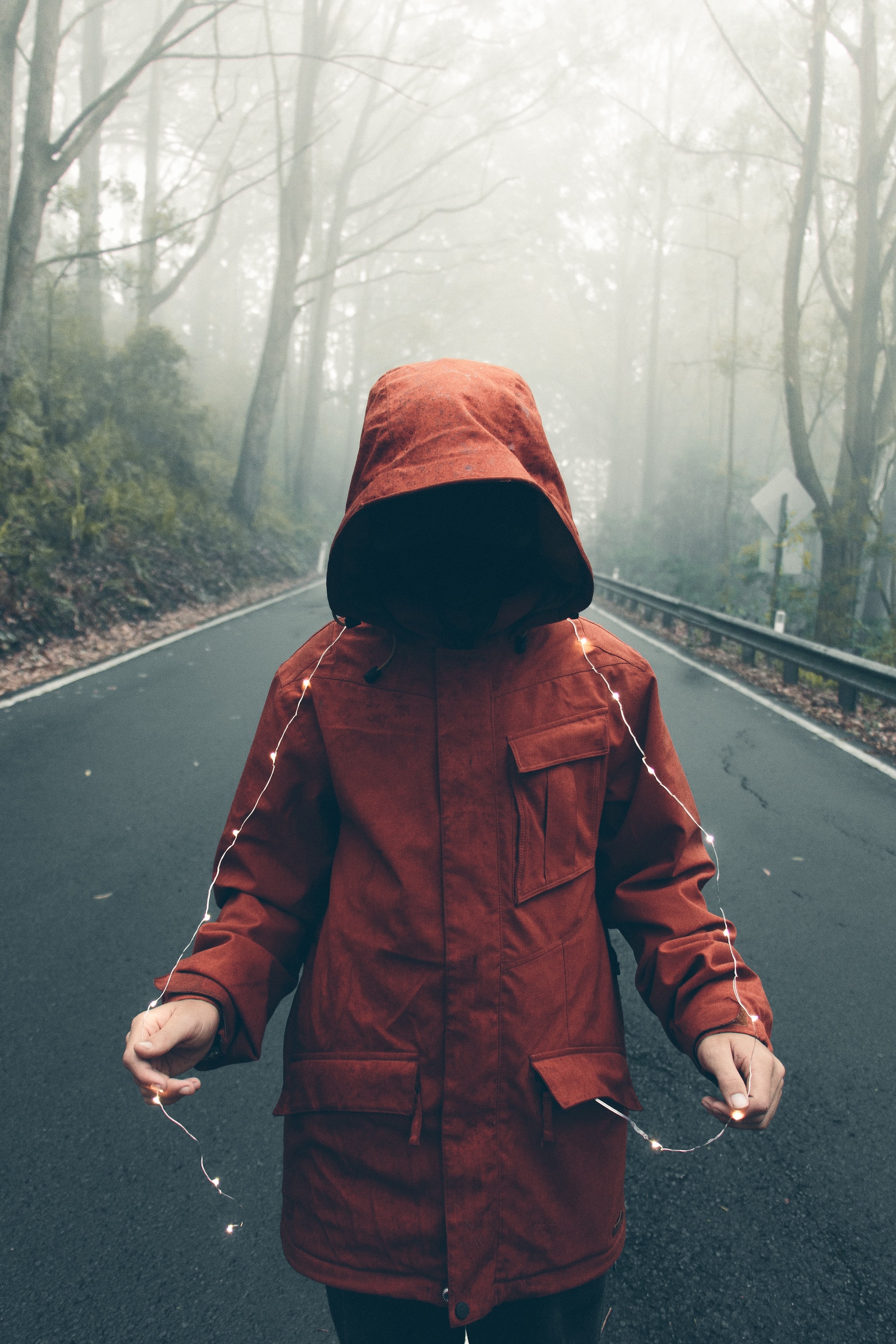 Earth Science - everyone should know a little, but it is also important for Australia to have access to deep expertise. 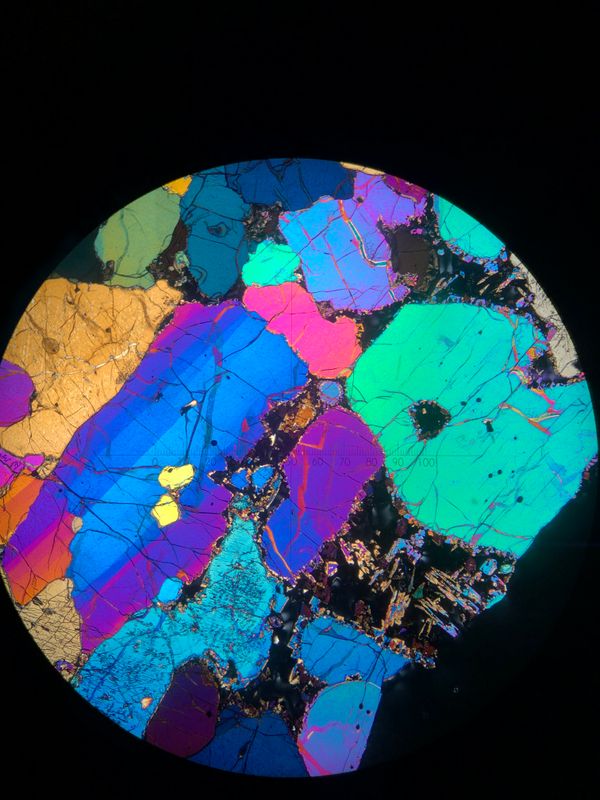 This isn’t a painting or a stained-glass window — it’s a microscope image of light shining through the Earth’s mantle (image from the author, Heather Handley)