This article was originally published by AuScope, Australia’s provider of research infrastructure to the Earth and Geospatial Science community. AuScope is an Australian Government (NCRIS) organisation that has enabled the research, or research infrastructure, described here. Authors: Voon Hui Lai and Meghan Miller, edited by Philomena Manifold.

Seismologists rely on seismic data to obtain a picture of the subsurface, which then helps them to infer geological structures and processes within Earth’s interior. Traditional seismic networks suffer from sparsity, forcing seismologists to interpolate data between distant sensors, at tens to hundreds of kilometres apart, resulting in data sets that can be hard to distinguish and lack detail. Imaging fine-scale structures (< 1 km) has been cost-prohibitive and limited to small regions with short operation time, reducing data resolution and monitoring capability.

Once lit up, the fibre reflects weak backscattered light due to the natural structural imperfections within the fibre.  As seismic waves travel across the fibre, they can cause (very) small stretching and/or compression along the fibre, affecting the optical properties of the backscattered light. DAS carefully tracks these optical changes at short distance spacing, effectively transforming the fibre into thousands of seismic sensors.

The Distributed Acoustic Sensor (iDAS) from Silixa was obtained with AuScope funding in 2020. The DAS experiment is based at the NASA Canberra Deep Space Communication Complex (CDSCC), which is operated by CSIRO on behalf of Caltech’s Jet Propulsion Lab, and is located around 40 kilometres south of Canberra. This complex is part of a network of antennas at three facilities worldwide, approximately 120 degree apart (Goldstone in California, Madrid, and Canberra). This geometry allows observations and communication with spacecraft as the Earth rotates and is one of the largest and most sensitive scientific telecommunications systems in the world.

The DAS experiment will use the DSN facility’s extensive and high-quality telecommunication network between the antennas. The DAS interrogator was installed in the central server room (see photo at end of article). Along with the DAS, four traditional seismometers were installed at various points along the cables. All of the seismic instrumentation is from the ANSIR pool of instruments that are maintained at ANU and funded through AuScope. ANU and DSN staff worked together to plan and execute the experiment. They will be comparing records from the DAS against traditional seismometers. The experiment is the first major test of the new infrastructure and will run for approximately one-month.

“Working with the staff at NASA/CSIRO DSN to design and then run the experiment has been an absolute pleasure! We are very grateful for their support, expertise in fibre optics, thoughtful considerations about the project requirements, enthusiasm for science and learning about new technologies and seismology.”  — Professor Meghan Miller

Utilising existing fibre-optic cables will greatly increase the number of observations and decrease the cost of future experiments. Fibre-optic cables have been deployed widely and extensively across the world, including along the seafloor (~106 km). Utilising DAS will change seismic data acquisition and processing at all scales and extend sensing capabilities. Taking advantage of existing infrastructure for seismological studies will enable expanding applications of Earth hazard monitoring (small earthquakes to landslides), exploration of resources, such as water or critical minerals, understanding near surface structures for critical zone studies, and innovation in fundamental science will be a paradigm shift in seismology. To follow this story further see links below.

“DAS technology certainly accelerates our transition to big data in seismology. The high density of sensors plus a wide distribution of fibre in cities and across Australian continent will bring new advances on how we can detect and study natural hazards, and image subsurface structures at unparalleled resolution.” — Voon Hui Lai 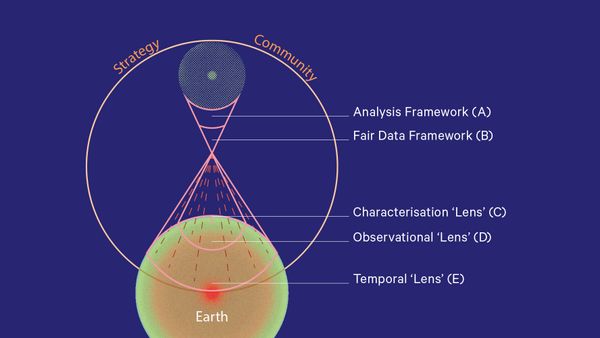 AuScope is building Australia’s Downward Looking Telescope, a sophisticated and integrated research infrastructure system that helps researchers address national decadal geoscience challenges. Here is all you need to know about the DLT. 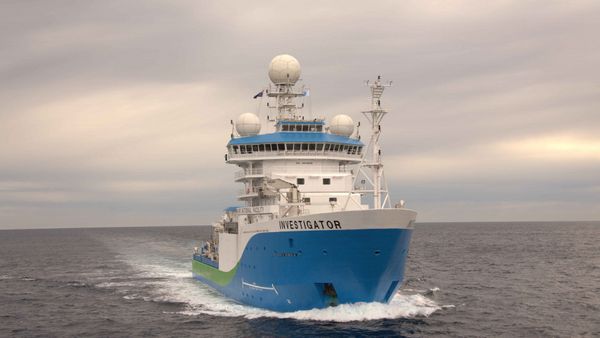 A team of Australian researchers are about to set off on a landmark voyage to discover more about the Earth beneath our oceans, and what triggers underwater earthquakes. Read live updates of the cruise as they go — both personal reflections and scientific background to the cruise.