Eastern Indonesia is one of the least well-understood geological domains on Earth, yet the region is one of the few tectonic settings that is actively undergoing arc-continent collision. The NSF funded “Banda arc experiment” was designed to unravel some of the complex dynamics of convergent tectonics. This project integrated new data on neotectonic uplift rates, changes in surface topography, lithosphere-scale structural images, and the present-day thermo-chemical structure of the lithosphere and mantle beneath the Banda arc will all provide crucial insights into the history of convergence and how this varies spatially from oceanic subduction to continental collision.  The multidisciplinary experiment combined extensive field work with the deployment of 30 broadband instruments that extend across the Nusa Tenggara Timur region of Indonesia and across Timor-Leste from 2014-2018 (Miller et al., 2016).

Recent results from this experiment have been published in Geology, where we find that the pre-existing structure of the incoming Australian plate acts as a template for orogenesis along the arc-continent collisional boundary.  In eastern Indonesia (Figure 2), the incoming plate structure transitions from oceanic lithosphere to Australian continental lithosphere at the junction of the Sunda-Banda arc, resulting in continent collision. This collision results in two chains of islands, the inner volcanic arc to the north with a section of inactive volcanoes, and the nonvolcanic islands to the south.

However, there is no clear mark between the ocean-continent boundary on the incoming Australian plate.  This is due to the system of salients and embayments that were formed during the break-up of East Gondwana in the late Jurassic.  Our new seismic tomography models are used to interpret the velocity anomalies to be subducted and underthrusted structures from the inherited incoming Indo-Australian plate (Figure 3C).  Our reconstructed uplift histories inferred from the morphology of river profiles on Timor seems illustrate the most rapid uplift has shifted from the center of the island, where topography is highest and uplift was presumably sustained for the longest period of time, to the east and west ends, where rates have been fastest over the past several 100 k.y. (Figure 3B). The regions of rapid recent uplift coincide with the edges of the volcanic-margin protrusion (faster velocities in blue in the tomography in Figure 3C), where we see a transition to slower shear-wave velocities (indicated by brown colors), inferred to be the Gondwanan margin megasequence extending to deeper depths.

We find that independent observations from our tomographic images, river profile uplift inversions, topographic analyses, and published isotope signatures of the volcanic rocks along the Sunda-Banda arc together illustrate the importance of the complex inherited structural variations along a collisional plate boundary. Recognition of the complexity of incoming lithospheric structure appears critical to interpreting the geological record of continental collision.

This work was supported by U.S. National Science Foundation Tectonics/Geophysics/Global Venture Fund grants EAR-1250214 and EAR-1853856. Many thanks go to our colleagues at the Institute of Petroleum and Geology (IPG, Timor-Leste), the Indonesian Institute of Meteorology and Geophysics (BMKG), and Institut Teknologi Bandung (ITB, Indonesia) as well as the U.S. Embassy in Jakarta and The Incorporated Research Institutions for Seismology (IRIS) Portable Array Seismic Studies of the Continental Lithosphere (PASSCAL), who made the work possible. 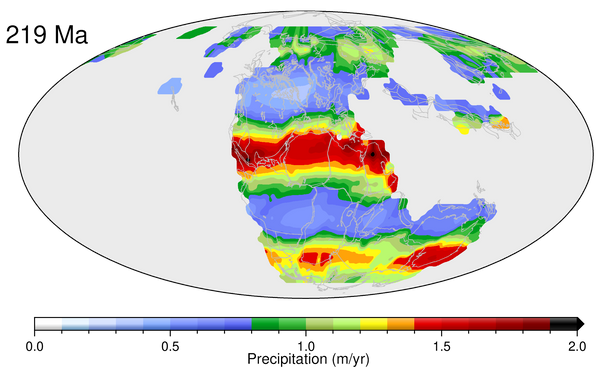 We have developed a novel data-driven approach to reconstruct precipitation patterns through geological time, since the supercontinent Pangea was in existence. Our approach involves linking climate-sensitive sedimentary deposits such as 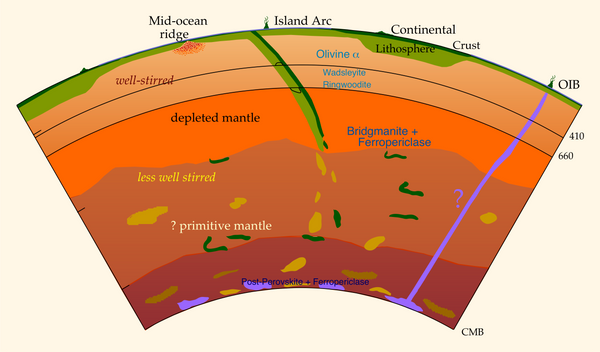 The dominant variation of the physical properties of the Earth is with depth, though complex 3-D structures are present in the top 1000 km and near the core-mantle boundary.